The Oregon Trail: Sketches of Prairie and Rocky-Mountain 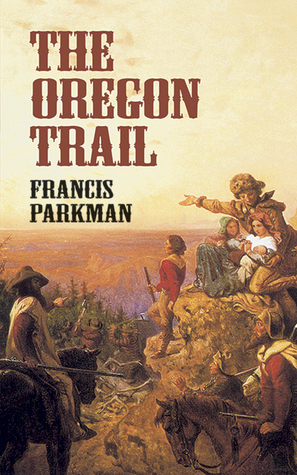 Published in 1849, The Oregon Trail: Sketches of Prairie and Rocky-Mountain was originally a series of articles that were between the years of 1847 and 1849 by Francis Parkman, a renowned historian of the nineteenth century, in an attempt to describe his journey with his cousin, Quincy Adams Shaw, over the first section of the Oregon Trail during a two month period in 1846. Parkman, who was twenty-three at the time, took on the westbound adventure partially to improve his health, which had always been poor, but mostly to observe the Indians in their natural environment. “To accomplish my purpose,” he writes, “it was necessary to live in the midst of them, and become, as it were, one of them. I proposed to join a village, and make myself an inmate of one of their lodge.” (108) Subsequently, the majority of the narrative describes Parkman’s experience living amidst the Ogillallah tribe with special emphasis on the art of the buffalo hunt. Following the traditional travel narrative outline, Parkman also spends a great deal of pages describing the scenery, animals, and white settlers along his route.

It is clear from Parkman’s narrative that his observations of the West were some of the first to initiate the ideas that dominated Turner’s Frontier Thesis. Firstly, Parkman dedicates many passages to describing the immensity of the wilderness. From his descriptions, one gets a sense of how vast and abundant the western wilderness was during that early time period. However, Parkman does not see this as a natural utopia, not the paradise of imagination, but rather a dangerous wasteland that hardens those who must survive within it. Both the landscape and the animals are described in terms that highlight their capacity for animosity towards human existence. This unsympathetic environment led to the development of a strong and unforgiving character amongst its human inhabitants. Parkman’s descriptions of the “emigrants” and mountain men are precursors to the image of the rugged individual that Turner later emblazons on the face of American history. Henry Chatillon, the guide for their trip, embodies the ideal of the western mountain man. Parkman describes him as a man of great strength and carriage, a man that has the ability to both live in and conquer the wilderness, yet Chatillon is also able to retain the qualities of a true gentleman, those of uprightness, kindness, and generosity. Another mountain man is described as wearing “an air of mingled hardihood and buoyancy.” (91) The settlers on the trail that Parkman meets are often defensive and suspicious, which Parkman explains is a side-effect of life on the trail due to the fact that one’s safety is dependent on presenting an intimidating manner. “No man is a philanthropist on the prairie,” (131) Parkman states. Each man is out to ensure his and, perhaps, his family’s survival. This individualism that Parkman describes leads to a unique form of American democracy according to Turner.

The most controversial and detestable part of The Oregon Trail is Parkman’s treatment of the Native Americans in which he comes in contact, which at times seems to contradict itself. At some points Parkman writes of the picturesque nature of the Indians and of their genuine hospitality, yet these positive attributes are submerged by negative descriptions that are obviously fueled by the popular understanding of biological, racially determined characteristics at the time Parkman was writing. Referring to them as savages, Parkman describes their “characteristic indecision” and illustrates their way in which their simple minds could be bought off by the gift of a few simple trinkets. He talks about punching the Native American children, which he refers to as “miniature savages,” in the head when they tried to, presumably, cuddle with him. Parkman also describes a scene in which he describes two ‘squaws’ screaming with admiration over the lightness of his skin in comparison to theirs; one cannot help but wonder if these screams were rather those of amusement as the Native American women made fun of Parkman’s paleness. Without understanding their language, it is quite obvious that Parkman made his own interpretations of these kinds of situations, or even, perchance, fully manufactured some of his tales. One story sticks out in which Parkman quotes an old ‘squaw’ who is yelling at an old dog, who she later kills. One must wonder how he knew what she was saying to the dog, as it is safe to say that she was not speaking English to him. The back cover of this edition emphasizes Parkman’s ill health, and states that The Oregon Trail was actually dictated by Parkman to his cousin, Quincy, because his eye-sight was too weak to write it himself. If this is true, then Parkman does an extraordinary job of describing his surroundings for someone with such poor eyesight. Additionally, some of the adventures Parkman recounts also seem rather taxing for a man that is so weak. As a piece of travel literature and a testament to the attitudes and imaginations of Americans in the mid-1800s, Oregon Trail serves as an excellent literary example. As a piece of actual history, on the other hand, one must be discerning and selective